Once upon a time I met a guy who told me he was a novelist.

We became good friends, and I thought how cool it would be to write for a living. So eventually, I did.

Little did I know 1) how long it would take to get published, 2) how ego-crushing submitting manuscripts can be, 3) how many cool, awesome writers, editors, and agents I’d meet along the way, 4) how much excruciating, convoluted editing is involved to make a book ready for public dissemination, and 5) how ever-changing and random the publishing business is.

And it takes a really weird person (like me) to persevere. Fortunately, this business is filled with eccentric, fascinating, weird people so I fit right in.

A little update on what is happening with my next book to be released: “The Deadening,” psychological suspense, the story of the deadening and resurrection of a woman’s soul and all of the horrific decisions in between, mainly spurred by an assault, a coma, and a psychotic ex-husband. A cute detective is sandwiched in between the horrific stuff, so no worries.

The book has been edited by a professional editor, my agent, my (former) publishing house and about a thousand times by me. It’s as good and clean as it can get. It was slated to come out Summer, 2020. However, as the erratic and winding path of publishing goes sometimes, my publisher announced they have made the difficult decision to close the fiction publishing arm of their business.

I had to laugh. The writing journey is a long and winding path, and seems to get longer and windier the longer I’m involved. 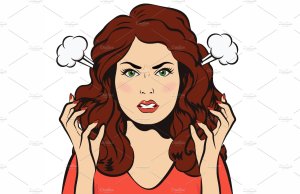 My agent did not laugh. She was horrified. That is why I love her. She immediately jumped on the bandwagon, contacted my publisher to get specifics, then consulted every peer she could think of for new ideas to resurrect “The Deadening.”

So next week we start a new round of submissions, and I’m excited because I thought “The Deadening,” was, well…dead.

While that’s being worked out, I’m working on my next book, “The Vanishings.” My agent likes it. That’s a good sign.

Meanwhile, my personal character is being expanded by leaps and bounds. I’m not even throwing tantrums anymore when

stuff like this happens, I just shrug and roll my eyes. I have a newfound respect for writers in general because it’s crazy hard to get a foothold in this business and keep going. I’ve developed a tough hide and an even tougher tolerance for problems, because hey…once you’ve been rejected a thousand times and someone finally picks up your work, the adrenalin surge washes over you like high tide and stays there. A writer could pound out a hundred more books on that one success alone.

So, that’s the scoop! The journey continues! 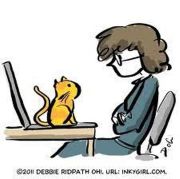 Click here to preview my first book, “The Hunting.”

One thought on “A Writing Journey”