My life has kind of been on a zig-zag course since I left the world of advertising and embarked on an adventure with my husband in 2008. In the space of seven years we moved from Little Rock, AR to Pierre, SD (Dances with Wolves country! For real.), Baltimore, MD (too many dark and stormy ghettos downtown, just saying…) and landed with a resounding, happy thud in Hilton Head Island, SC. We plan to never move again, God willing. Ocean, palm trees, southern hospitality and the beauty of the Lowcountry. Who would want to leave? As a bonus, two of my four grown kids have moved to the area. Now it’s really heaven on earth!

I am focusing on writing, and at this point my publishing credits include the Capital Journal, Pierre, SD, as a regular weekly humor columnist; The Yankton Daily Press & Dakotan Publishing Group, Yankton, SD and various regional weeklies and dailies under this group as a guest columnist; NAABW (National Association of Boomer Women), an online magazine, as guest columnist; Empty Nesting Online as a guest columnist; CCMWA (Carroll County Maryland Writer’s Association), short story contributor for anthology “That One Left Shoe,” published April 2012 and available on Amazon, author of women’s fiction/suspense “The Deadening,” 2013, Pen-L Publishing, available on Amazon in Kindle and hard copy, various articles in “The Bluffton Breeze,” magazine, 2017, where I worked as an editor and proofreader, contributor to “Lady Lowcountry Magazine, and more.  Recently, I signed a contract with Clay Stafford Publishing for my second book, working title, “The Deadening,” available October 2019.

I am a past chapter president of Maryland Writer’s Association, and a frequent attendee of writers’ conferences and workshops, the most recent being the wonderful Blue Ridge Mountains Christian Writers Conference in Ashville, NC; and Killer Nashville, where I served as a panelist. 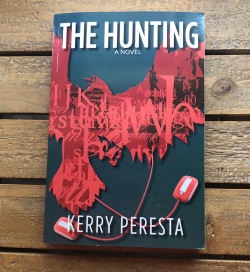 3 thoughts on “About Kerry Peresta”

If You Want to Copy Or Reblog Any of This

All copyrights apply to any material grabbed from other sources to their original owners and credit is duly given, usually with permission. For the stuff I write- (which is most of the stuff here) © kerryperesta.net . Use and/or duplication of this material is hereby granted from this blog’s author/owner provided that full and clear credit is given to kerryperesta.net and a link back is clearly provided in the posting. For the stuff I write, all opinions are mine and do not necessarily reflect the thought or opinions of WordPress or its management.
%d bloggers like this: