I used to have focus. At least a little. I’d make a list for the day, stick to it (kind of) and feel proud of accomplishing my goals. This was before social media and the ability to live our entire lives on our cell phones.

I resisted Pinterest for years. My daughters encouraged me to try it, but I couldn’t see the point. Add another time-waster to my day? I already had Facebook, Instagram, Twitter…Weather app, music apps, podcast apps…why Pinterest? What the heck would it add to my life, anyway?

Eventually, they wore me down and I took a peek. Then more peeks. Then, ohmigosh when I listed my house and bought another, I clung to Pinterest for styling-a-house-for- sale and decorating  ideas like a life raft.

Now before I launch into my new lust for all things Pinterest, let me add that my favorite store in the world is HomeGoods. My car now senses when we are close, and automatically turns into the HomeGoods shopping center. I experience withdrawal symptoms if I don’t go check out their latest  inventory once a week. That being said, Pinterest is like HomeGoods on steroids, only with interior designers. Plus, it is at my fingertips on my cell which makes it impossible to resist. I stumble over topics like ‘bookcase design ideas’ and ‘coffee table decor’ and ‘patio decorating for fun parties’. ’99 amazing ways to make your entryway look great’ or ’49 brilliant storage ideas for small spaces’. Pure. Bliss.

However, I had to put the brakes on my daily habit of cruising through Pinterest décor/home ideas because my budget and my rabid desire to update my décor didn’t quite, um…match.

Before I knew it, one small bookshelf makeover racked up $200 or so at HomeGoods. I’m like, what?! I only bought a few things! But they were very cool, current things, my mind whispered back reassuringly. After a few months of  Pinterest over-exposure, I’ve begun backing off a bit. I can’t even think what would happen if I started scrolling through their make-up tutorials. Ulta has enough business from me as it is. Besides, how many times in one lifetime must a woman update her look? Exactly. 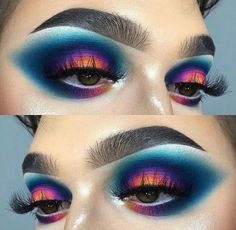 It’s all about the apps, isn’t it? We can buy just about anything we need on Amazon, now order our groceries online and have them delivered, scan a wine on the shelf with an app and  find out its ratings; you name it, there’s an app for it. Other huge time-wasters are the photoshop apps. Do you have one? Tried one? They are addicting, for sure.

Recently, I interviewed celebrity style designer to the stars, Anya Sarre, for an article in a local

magazine. She lives in a world of photoshopped, cosmetically-enhanced, forever young public personas. I asked her how she managed to thrive in such an atmosphere. “It’s all fake,” she stated, flatly. “Fake! Everything you see is NOT. REAL. It takes an army to get me ready to go anywhere in public. Ever tried one of those photo airbrush apps? Try one! You’ll see what I mean.” I didn’t say anything, but I discovered those apps a couple of years ago. I’m not going to admit which one, but all I have to say is, who needs a facelift with these apps? Seriously, they take off fifteen years in five minutes. The fallout, however, is that now when I look in a mirror I’m wanting to see the airbrushed me and not the real one. Oh well.

It’s getting harder to figure out which apps are helpful and which aren’t. I once had a client yell at me over lunch because I’d brought him a print advertising campaign for a major daily newspaper. He’d held out his cellphone and waggled it at me. “Everything is gonna be right here. RIGHT HERE! Newspapers are gonna be dead and gone.” This happened around 2007. He was right! So many ads lurk on our phones/apps that we often can hardly get to the information we need, and newspapers are struggling to survive.

Now we can do a zillion things at once with a click or two, and often it feels like I don’t do anything very…definitively, or with the appropriate focus. Who thinks that fast?

So I’ve come up with a solution. I’ll delete all the apps on my phone except Pinterest.

That should do it.

I haven’t had so much fun in years.

The counter-intuitive KETO-nutso diet really works, I guess, at least until somebody figures out that a diet of straight fat for an extended length of time causes heart attacks, strokes, and way more cellulite than a person ought to display on their thighs.

In the meantime, I’ve lost SIX pounds and it’s staying off and I’m gobbling up every bit of pricey cheese, bacon and nuts I can find. I state this with a great degree of relish, because for YEARS I gave up my beloved cheese and nuts in lieu of the prevailing theory of that era – that fat’ll kill ya.

Over the years,  depending on the fashionable diet of the day, at different intervals I’ve

given up wine, alcohol of any kind, coffee, cheese, nuts, white pasta and bread, anything with sugar, anything that metabolizes in the body as sugar. As time (and my waistline) marched on, the fads opposed themselves. Fat is bad. Now fat is good. White flour is bad. Starchy vegetables are bad. Low-carb veggies are good. Whole wheat flour-laden stuff is good, but on KETO, anything with flour is bad, pretty much. Carbohydrates on the whole are bad, bad, bad on KETO.

It is both frustrating and confusing that none of the so-called professional health gurus, both holistic and traditionally trained, can agree about much of anything  regarding what is and isn’t healthy regarding weight loss. I’ve yo-yo’d so many times my body is perpetually dizzy. So far, I’ve added back wine and coffee (in moderation) and I’ve been trying out the KETO because so many folks have lost so much weight it is astonishing to me. I just wonder about long-term effects. However, that does not deter me from sticking with the diet because it’s working and it doesn’t look like Reubenesque luscious curves are coming back in a big way. Unfortunately.

Besides, it matters not. I’m enjoying my primary diet of cheese, avocados, bacon, low-carb veggies, hummus, nuts and whatever meat happens to be in the freezer that my husband can throw on the grill. It’s what I was born to do. And as a happy bonus, I look better in my jeans. 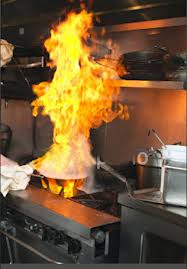 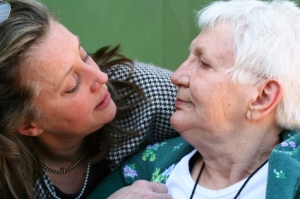 I just returned from spending a week with my eighty-year-old mom.  To say it was depressing is an understatement.  Imagine a hermit crab washed up on the beach upside down, burnt to a crisp by the sun and crinkled into a nub, powerless to flip over, trapped in its shell. That’s how I felt after a week in her house.

The blinds were drawn in a gloomy nod to isolation. The thermostat was set to 85 degrees, about the same temperature as outside. To save on the a/c bills, she said. There was little food in her brand-new refrigerator and she was pencil-thin. Not hungry, she insisted as I pled with her to eat more.

She is still very independent, but her hearing, eyesight, and patience have deteriorated to a muddled mass of confusion. Plus, to complicate matters, she is firmly in denial. As far as she is concerned, she can drive, she can hear just fine with her hearing aids, (I get enough to understand! So what if I miss a few words? Huff, huff, mad face).  If she cannot hear people on the phone, she simply hangs up on them. In the meantime, to communicate with her, I must yell my brains out. She seems to think this is normal, appropriate behavior.

I’ve been back in my snug little house a week now. I’m trying – really hard – to flip right-side-up and uncrinkle. But it’s amazing how this

particular visit sliced through my best intentions like a Ginsu knife. I reverted to a selfish brat intent on proving my decisions were better than her decisions, nanny-nanny-boo-boo. And in most cases, they actually were, but my attitude was not exactly stellar. END_OF_DOCUMENT_TOKEN_TO_BE_REPLACED