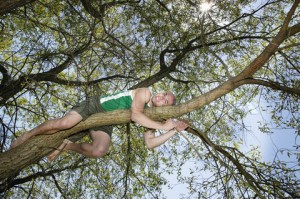 My eyes widened in disbelief.

My heart stopped, and my hand slid over my mouth automatically. I could almost feel the liability issues crushing me in a vise-like grip, along with our handyman’s mangled body.

Fortunately, this scenario played out in my mind only, but the horror of the thought was enough.

Spring has sprung, and so has my overly energetic calendar of home improvement projects. Last year, a friend of mine referred a resourceful, experienced and responsible handyman. I was delighted, and my home improvement cup ranneth over. I have used him for several projects, and he is reasonably priced, dependable, quick and honest.

But he does it on the side, and is not insured or bonded.  A minor detail I waved off with a flap of my hand when he was referred to me.

“Not bonded or insured?” I said with a roll of my eyes. “Not a problem. There’s nothing major we’ll put him to work on where he could get hurt. It’ll be okay.” So enraptured was I with the whole cheap-honest-quick-experienced description. I snapped him up and booked him immediately.

Last week we coordinated a fence project. We have a great (but ancient) split rail fence and many of the rails needed replacing. I figured he would 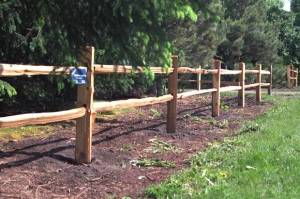 finish this project quickly, and what the heck, while he was in the backyard, he could look at and decide when he might take down a part of the dying river birch as well.

A half day into the fence project, I glance outside to check his progress, and lo and behold, he’s wielding the chainsaw like a crazed maniac on the 60-foot tall tree. Alone. No ropes.

Fortunately, my husband was home that day, and I screamed at him something like this:

“OHMIGOSH! OUR HANDYMAN IS TRYING TO CUT THAT TREE DOWN BY HIMSELF! DO SOMETHING!” 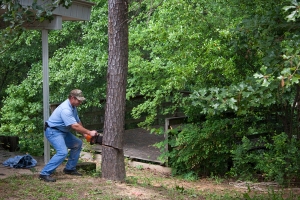 My husband, who was reclined in the den watching sports, turned his head toward me slightly and furrowed his brow.

“What?” he responded, unwilling to move unless he absolutely had to. Obviously I had not communicated the severity of the situation. So I tried again, louder.

“OUTSIDE! LOOK OUTSIDE!” I pointed a quivering finger toward the backyard. He sighed, popped the recliner up, and heaved himself to his full height of 6’3″. His reluctance was communicated with each movement.

“HE DOESN’T HAVE A ROPE, OR HELP, OR…OR ANYTHING! YOU GOTTA DO SOMETHING! WHAT IF THE TREE FALLS IN OUR NEIGHBOR’S YARD?! WHAT IF HE GETS HURT?!”

He glanced casually at our handyman, who was still buzzing away at the tree. He shrugged.

“He knows what he’s doing. Besides, he’ll cut it so it’ll fall in the right direction. He’s okay.”

By now my heart had slowed a little. Since he was not concerned, I thought well, maybe he’s right. Maybe I am over-reacting. So I forced myself to drop it, and went to do something else. After a little while, I heard a huge WHAR-UMPHH followed by a smaller whar-umphh or two. My heart dropped to my knees. I ran to the window.

My husband had apparently decided he’d needed to get involved after all, and was walking back up the hill toward the house, shaking his head. At the 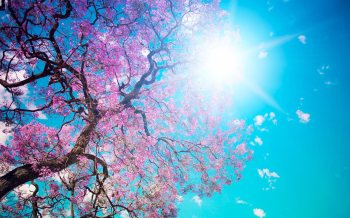 I took in the scenario quickly, and glared at my husband as he entered the house. He understood the glare perfectly. It said Did I ask you to help? Didn’t I just want you to stop him until he had a better plan? What the heck happened?”

Knowing all this was zipping through my brain, he replied defensively, “It wasn’t my fault! He couldn’t have held the tree limb either! It was just too heavy to push in the direction he told me to!”

Then he mumbled similar things to himself and anyone who would listen the rest of the afternoon. I decided to drop my irritation and be very happy no one had gotten hurt. Later he told me our handyman had asked him to take over the chainsaw part at the bottom and he would leap up into the tree and push the dead limbs in the proper direction. My husband quickly volunteered to do the leaping up in the tree part, visualizing, I’m sure, severed limbs and several thousand pounds of tree on top of him if he tried to wield the chainsaw.

Obviously the leaping up into the tree and pushing the dead half of the tree in the right direction did not work out. But both the handyman and my husband were uninjured, so thank God for that.

I still don’t know what bothers me more: that I nagged my husband to get involved with a project he probably shouldn’t have, or that the handyman unwisely chose to begin a job that was more than he bargained for. If I’d kept my mouth shut and assumed the handyman knew what he was doing, would it have turned out better? Should I have hired a tree service instead of asking the handyman to take out half of the tree? 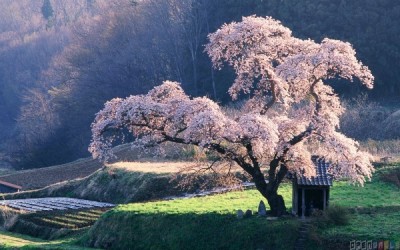 Afterward, the handyman mentioned to me that he would hate it if he got injured on my property, then he gave me a sorrowful look. Well, now I understand why that bonded and insured thing is particularly important.

The handyman, no matter how many things he knows how to do, will only be working on less injury-prone projects from now on, or maybe none.  And no matter what, I will not demand my husband get involved.

Spring has sprung alright, but my home improvement initiative has been dealt a crushing blow. Maybe I’ll just focus on planting flowers.

If You Want to Copy Or Reblog Any of This

All copyrights apply to any material grabbed from other sources to their original owners and credit is duly given, usually with permission. For the stuff I write- (which is most of the stuff here) © kerryperesta.net . Use and/or duplication of this material is hereby granted from this blog’s author/owner provided that full and clear credit is given to kerryperesta.net and a link back is clearly provided in the posting. For the stuff I write, all opinions are mine and do not necessarily reflect the thought or opinions of WordPress or its management.
%d bloggers like this: